This project centers around a collection of computationally and electronically enhanced hand fans, which function as props for a speculative storytelling process called “hacking historical objects”. These handcrafted objects carry with them an embedded narrative, which the “hacking” process aims to access and recontextualize. The modified fans are designed to present a new potential future where hand fans or other culturally significant objects might replace the modern smartphone.

My process of making the collection of fans combines techniques and processes from handicraft, textile arts, and electrical engineering. The intersection of these practices creates a playful, critical forum to discuss the impact of technology on our social structures; the historical cycle of creation, adaptation, and discarding of older tools and technologies.

The fans are particularly designed to create new potential modes of nonverbal communication. A fan might display different messages through an LED interface depending on how fast you wave it or how it is oriented. A fan might act as a speaker that discreetly picks up FM radio signals during a wartime gala. A fan might act as a shield, protecting its holder from electromagnetic waves emanating from devices around it. Each fan will have a story, a set of interactions, and documentation for audiences to customize and hack their own.

Hand fans can be functional, performative, or decorative objects. As tools, fans have been used for protection (shielding against the weather), displaying information (containing menus or programs), recording information (writing notes to remember a dance step), concealing information (hiding one’s face during mass), and more. In 17th century western culture, ladies used fans to to flirt or communicate their emotions, eventually becoming an informal language. These objects have traditionally been adapted for communication in a variety of ways, and are ripe for further adaptation in a more electronic medium. 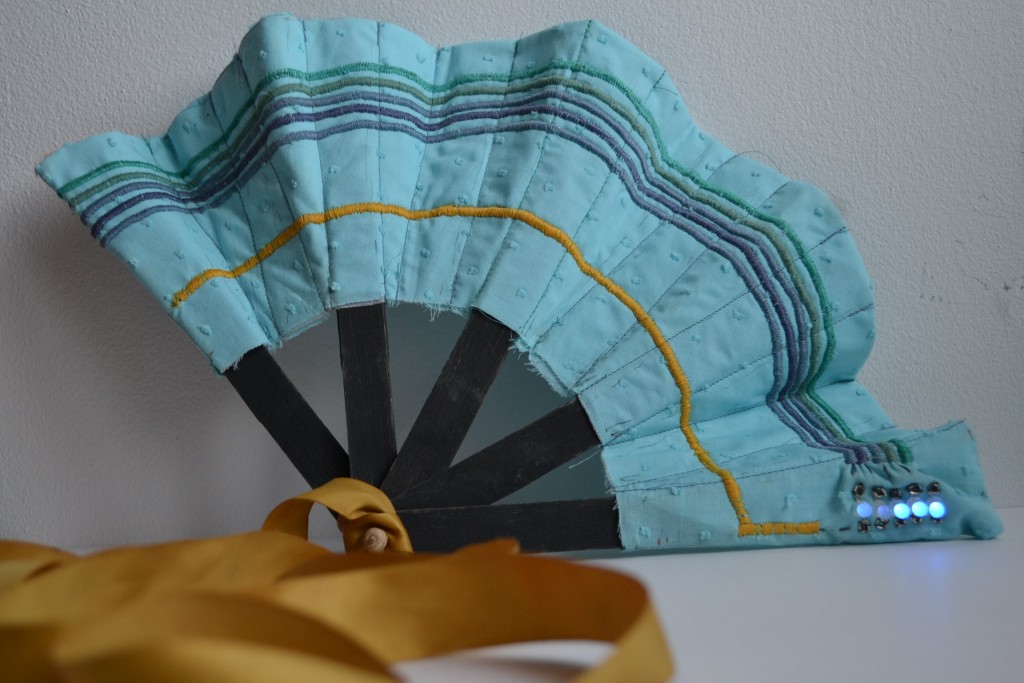